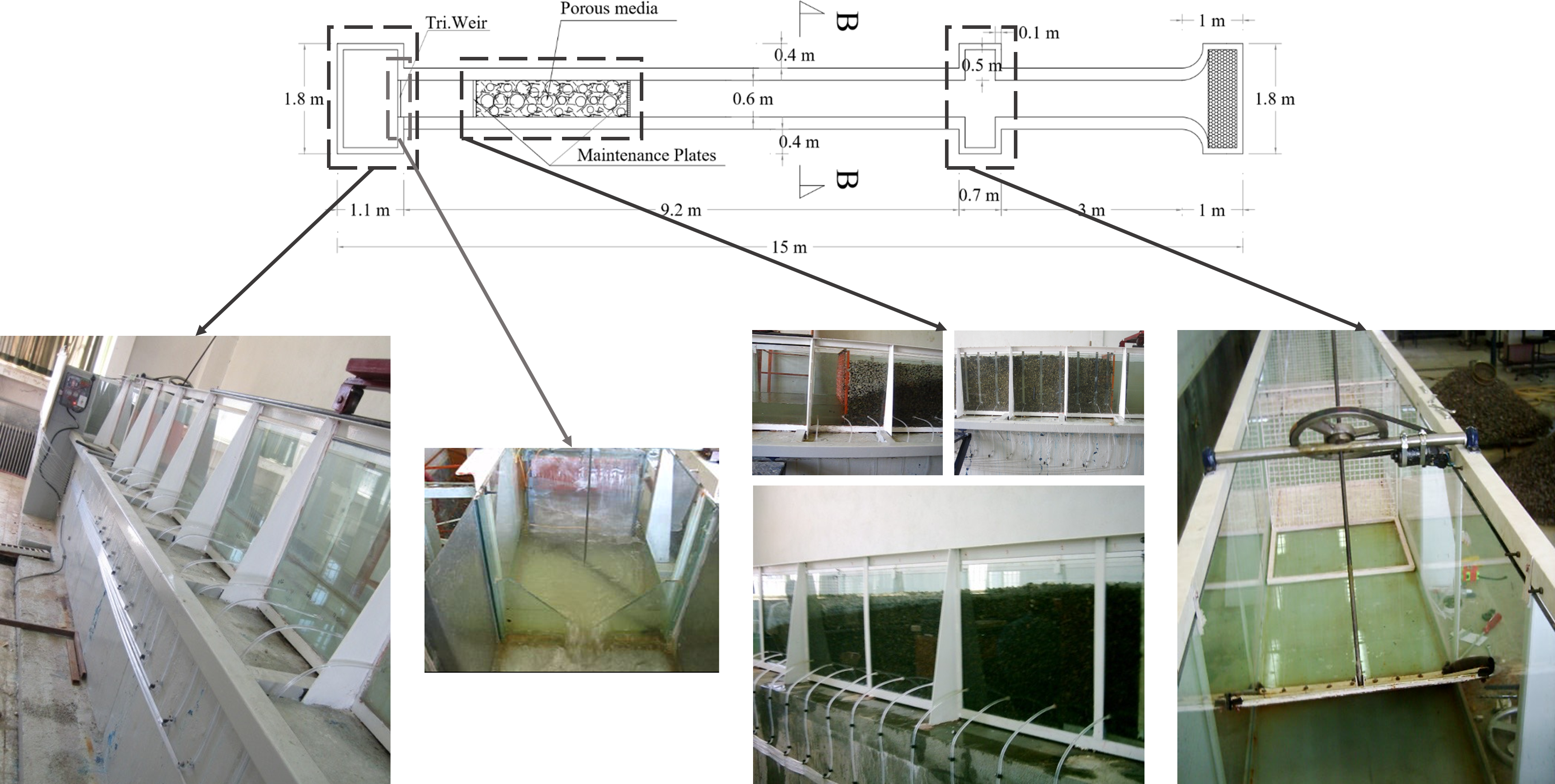 Making evidence-based decisions can prevent or manipulate energy waste in a beneficial method. Thus, illuminating how using granular material changes the efficiency of hydrodynamic systems is fairly advantageous. Dr. Mohammadreza Sabour, assistant professor at Civil Engineering Faculty of K. N. Toosi University of Technology, and his team modulated an experimental set-up to evaluate the coefficients of an already eventuated formula. Therefore, calculating the energy loss and regulating it for the better good would be possible.

A brief explanation of flow regimes is crucial in understanding the science behind further statements. Depending on the size, shape, and density of the media’s grains, fluid changes its direction of flow after each collision. Hence, the motion pattern gets disrupted from parallel levels and becomes turbulent. The universe tends toward entropy; therefore, most of the natural streams are turbulent. Consequently, the experiment intends to study flow regimes with chaotic changes in pressure and velocity. Another effective factor is flow speed; for instance, rapid flows tend to stream with lateral mixing. Flow regime also depends on the viscosity or stickiness of the fluid. Thick fluids tend to move slower while keeping the track in parallel lines and label the flow pattern as laminar; for this reason, turbulent flow is mainly observed in runny fluids such as water.

The potential energy of a particle is related to its height. Thus, the aggregated energy is relevant to the height of the fluid. “Hydraulic gradient” is defined as height divided by the length of the materials. The energy waste can be represented by the hydraulic gradient, as intended above.

To simulate unidirectional streams with time-variable speed, the team located a controlled sluice gate. They also placed a pump to remove the air bubbles of the imposed water to the porous media. Since single-sized grains have been prone to pass water easier, a homogenous composite containing a dominant size was made and used as the granular material. Its porosity could be approximated by measuring its saturated water volume for further calculations. Several flumes were slightly inclined to prevent water retention and fixed at different heights. At two endpoints (the entrance of the media and the entrance of the flumes), various gages were measuring leakage velocity, pressure, and water level. The data were recorded by an optical device at regular time intervals. Besides, the temperature remained constant, so the result was precise.

The initial and boundary conditions imply the behavior of a function in the specific time and area of interest, respectively. Their role is to specify differential equations. The team employed this method to derive a mathematical relation describing the hydraulic gradient. The assembled parameters including grains’ size, the diameter of the flumes, water’s height, and empirical constants such as viscosity and porosity were given to analytical software. Then, the aftermath was approximated to a simple formula so it could be studied easier.

Analyzing the final result shows interesting conclusions; the energy loss depends both on the velocity and the acceleration of the seepage. In the entry where the acceleration term could be neglected, the energy loss of smaller grains behaves as linear as the seepage velocity changes; in other words, as the velocity ascends, the energy drops softer. On the other hand, the energy waste in larger grains becomes more tangible since the seepage velocity is squared. The overall outcome suggests that the loss of energy in the porous material is more than non-porous ones because they can be considered as matters consisting of very small grains aggregated together.

Despite their relatively less efficiency, the porous material cannot be neglected due to their wide contribution to the industries such as purification systems and high-tech processors. Besides, waste dumps and valley fills indicate on natural existence of porous materials. Keeping these in mind, pursuing the best strategy would be possible by choosing the right equipment for each purpose. For instance, in cases that energy waste is inexcusable, it is advised to deliberately transfuse a viscous fluid to a granular media that is high in porosity and consisted of small grains. These challenges utilize the attribution of several engineering fields.

Scholarship for Iranian Students in the Universities of Hong Kong 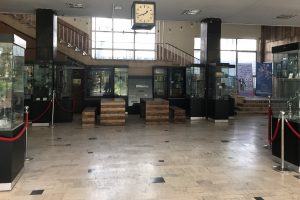 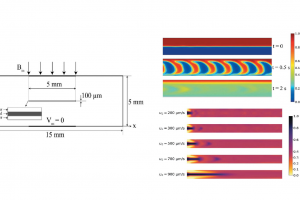