“While studying photogrammetry at the University College London, I had the chance to work on historical objects in order to make their 3D models”, says Dr. Hosseininaveh, assistant professor of Photogrammetry at the Faculty of Geodesy and Geomatics Engineering, K. N. Toosi University of Technology.  “In order to reach that goal, we had to use high quality cameras and take photos from all aspects of the objects. After processing the images, we could generate a complete 3D model of the object. These 3D models could later be used instead of the real objects as the real objects could be damaged or unable to be reached. “

“Our method could also be used for making 3D educational games for kids in order to make them familiar with historical objects. But this work was not easy for some of the objects. In fact, making a 3D model from a texture-less object could be a tough work. “

A texture-less object is an object similar to a white sheet with no pattern. In fact the objects’ patterns help us to make a better model. As the first solution, Dr. Hosseininaveh and his team decided to project patterns on non-textured objects to make their modeling straightforward. After coming back to Iran, Dr. Hosseininaveh decided to continue his research work at KNTU and further develop his idea into a real practical device.

In his photogrammetry research laboratory, Dr. Hosseininaveh showed us his research setup. “What you see here is a device with a round glass with some patterns engraved on it, as well as some colorful LEDs underneath it. Colorful LEDs will help with better image processing. You would also notice three smaller pieces of glass on the top with LEDs, each of them plays the role of a projector. “

In fact this novel device includes three main projectors on the top as well as many smaller projectors in the lower part. Therefore enough patterns would be reflected on the object, resulting in a proper model. “We also have a spot to fix our digital camera. The round glass is connected to a gearbox which can be controlled by a smartphone application for sending commands to the system. The system can carry out control commands such as clockwise or anti-clockwise rotation with particular speed. After running the system, camera will start taking photos under conditions defined by the user.”

The articles detailing the main idea of this work – Clustering and Selecting Vantage Images in a Low-cost System for 3D Reconstruction of Texture-less Objects – authored by A. Hosseininaveh, R. Yazdan, A. Karami, M. Moradi, and F. Ghorbani, was published in Measurement Journal in 2016 and-An automatic 3D reconstruction system for texture-less objects. Robotics and Autonomous Systems, 117, pp.29-39- authored by A.Hosseininaveh, A. Karami, and R.Yazdan, was published in 2019. 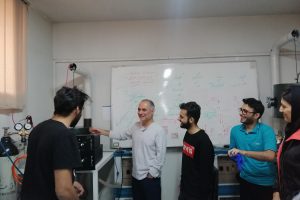 Cracking the Mystery of Superconductor 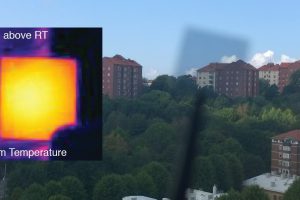 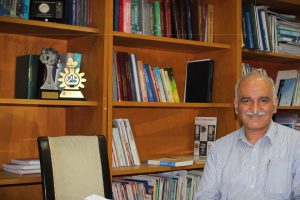 The Magic of Chemical Structures